23 Feb 2014, Posted by Phil Crosby in Crossing The Line, General

Watch it. Are you watching it yet? Then go watch it. Now.

Ok, we done here? Great, I’m off to watch this for the 6th time.

Oh, want a little more? Well, guess I can flesh this review out a little for you.

It’s a fantastic, star studded caper following the misadventures of Emmet Brickowoski (Chris Pratt) who may or may not be the chosen One to save the Universe from the evil Mr. Business (Will Ferrell). What can I say that you don’t already know?
Remember when people left the cinema after Avatar and they were crying? The hordes of Avatards that longed to go to Pandora? Heck there were message boards dedicated to serious discussion about getting resurrected as a Na’avi…well, now I think I know how the Avatards felt. 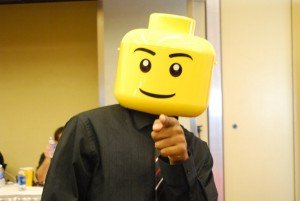 Yes, I think I am a fully-fledged ‘Legotard’

It plays well on too many levels as to induce jealousy from any/all creative types (shakes fist at sky). On the most basic level it plays perfectly as a parody of the dime a dozen Blockbuster movies; everyday man fulfils long lost prophecy and joins the resistance to fight oppression and save Town/Galaxy/Universe/Girl/Boy/High School/Narnia/Tree.
Some have suggested that at a deeper level this movie plays as a metaphor for anti-capitalism, even to the point of creating meta-metaphors – even Di Caprio would struggle to go deeper.

“We need to go deeper”

This film certainly did not receive a lot of love when first announced, and understandably so; I will bypass the rant and just say “Battleship”, “The Smurfs” & “Transformers”. However, early signs were very promising and managed to quell all that negativity with the arrival of the first trailer back in June.

The finished article certainly exceeded already high expectations and will no doubt be gracing our screens with an endless series of sequels. However, the real success of this movie is the fact it manages to capture the heart of Lego, and why Lego means so much to so many. The true fun of building and creating. We are treated to a sequence later in the film that my spoiler-free review shall avoid, however it does allude to the value of Lego and why we do hold it so dear.

Anyway, stop reading this and go watch the movie already.

Actually, my suggestions for this film are bigger than the movie itself. They really boil down to Lego as a whole and a problem I’ve had with the brand for a while.

I’m an Uncle. For those that are Uncle’s, this next bit should come as no surprise. Lego is hella expensive. Remember when we were kids, and we played with Lego? For me, it was a paint bucket that you’d tip over to avalanche pieces all over the floor – different colours, shapes, sizes. You could literally build anything you wanted, as long as you didn’t mind it being rainbow coloured.
Nowadays, it costs around £40 a time to buy a set with approx. 30-40 pieces. These are pre-packaged sets, usually branded with the latest big kids movie and come with a set of instructions on how to build this set that takes 2 hours and then the bricks can’t be used for anything else – very single purpose and very boring.
Mr. Business, our villain, does exactly that throughout the whole film, wanting everyone to stick to the instructions, keep to his plan, keep things all boring, everything single-purpose. The rebellion against which we can all understand, however does not seem to fit the ethos of the brand. I mean, suck me sideways, they even have LEGO MOVIE LEGO SETS!! Did they even watch their own movie??? 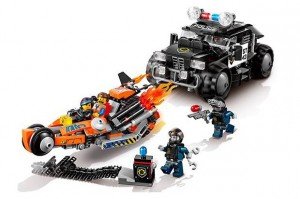 There is so much love and fandom around Lego. Just as there is a rule #34 for the internet (if it exists, there’s a porn version of it), there should be another rule for Lego; I say there should be a rule #48 (the rest are taken, check out here http://bit.ly/1fKP3Hh). Seriously, people make Lego versions of movie posters, trailers, recent events, people use Lego to make story boards, make really cool replications of fantasy lands or vehicles…heck, it’s even used in some modern art! Lego is so much bigger than the sets, so stop limiting the people with them. At the very least, honour the message of this movie and don’t release hundreds of sets based off the random inventions in the movie – I guess I could abide by the Lego characters, but honestly, once you see the movie you’ll probably understand that entire sets dedicated to fleetingly seen or used set pieces truly undermines the magic of the movie.

Also, as I mention, there are a huge portions of youtube/vimeo/dailymotion, dedicated to Lego movies, the majority of which are stop-motion. Why couldn’t this movie have been stop motion?? I appreciate the effort that has been taken to give this movie the stop motion effect, 3D scanning real bricks, extra care with the lighting and grading to create a real world look, reduced frame-rate to give the jerkier movements of stop-motion. But honestly, look how much love we have for Aardman? I feel this really could and should have been a stop-motion picture, if not for service of the film, as a nod to all the fans who do use Lego as a creative tool. A bit of fan solidarity.