30 May 2014, Posted by Phil Crosby in Crossing The Line, General

Overview
Ignore what this says on the tin. It’s a fun ride with quirky characters and great chemistry and some bombastic action. No need to leave the brain at the door for this one.

Suffice to say, I was wrong. Very wrong. 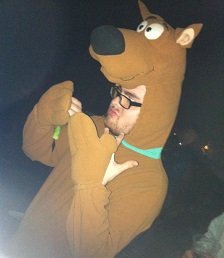 Instead, “Edge of Tomorrow” director Doug Liman (The Bourne Identity, Mr & Mrs Smith…Swingers?!) treated us to a refreshing Sci-Fi adventure (yes, adventure), with charming characters, high stakes, realistic action and London! Someone actually made an apocalyptic flick that doesn’t happen on the West Coast – maybe the Golden Gate bridge needs a bit of downtime after its recent bashes.

If you’re not familiar with the synopsis for “Edge of Tomorrow” then let me indulge you (no spoilers)…based off the book “All you need is Kill” by Hiroshi Sakurazaka, we follow smug professional a**hole, Jerry McGuire, who goes to visit Brendan (not so)Gleeson to talk PR and saving a young Private called Ryan tomorrow’s attack to win back the EU from the evil German’s Alien invaders who have ravished central Europe. Mr Gleeson is having an off day so decides to turn Jerry from talking head into “Operation Human Shield” and straps him into a Mech suit and sends him with the rest of the D-Day invasion fleet to Normandy to bash it out with the Squiddies and save Zion the World. After being killed on the battlefield, Jerry awakes to find himself back in Punksatawnee/London ready to go invade again. In order to help him wake from his recurring nightmare, he enlists the only woman in the invasion fleet, Emily Blunt, to do sexy yoga poses and pout and train Jerry McGuire to be more Ethan Hunt and kick some Xenu butt (if you get all the references, I’ll be impressed).

Ok, so the film may not be the most original in story or aesthetic, but Liman has created a classic big ticket movie that feels more in line with James Cameron’s “Aliens” than more recent Nolanesque BAAAAAMtastic hyper-dour summer cash-cows. Gone are the days of quips and one liners in favour of dark and brooding figures, troubled anti-hero’s and ultra noir visuals. In a sense, this a brave film to make where practical effects, expertly choreographed set pieces and characters with motivation and little humour and charm take precedence. It all lends to some genuine performances. My favourite factoid about this particular movie is that the Mech exosuits were all hand crafted (over 80 exosuits), each to give a different gait depending on who they belonged to. This attention to detail is expensive, but indicates a real consideration for the characters and really helps give a genuine performance. None of this green screen crap where often your actors can’t and don’t react to the environments around them.

Outside of the Groundhog Day Macguffin and obvious D-Day comparisons, this movie does succeed in creating and establishing a momentum that carries you all the way through the film without lagging too much, in spite of the constant repetition. It is clever story telling with great characters and ultimately a complete package. More films should follow (exo)suit!


I find this film original in unoriginal ways (I know I seem like I’m trolling), letting the characters dictate rather than the story or visuals. That makes it hard to pick anything out particularly plot wise as really the story is just a canvass for us to follow some interesting leads and have a fun journey together.

But there were a few things I would look to improve. For example, Brendan Gleeson’s motivation for anything he does. He deliberately creates hurdles which seem more for the sake of plot than the sake of character. His move to send Cruise to the front line in retort of an empty threat from Cruise feels overzealous, but then his deliberate work to stop Cruise and Blunt later just feels self-justifying rather than to do with anything plot. I could accept these, maybe with a bit more motivation in the dialogue, but for me it wasn’t there in script or performance and unfortunately was a little jarring.

Also, the ending (SPOILERS SPOILERS SPOILERS SPOILERS). We’re familiar with the modern action flick trope where we’re forced with seeing the ultimate sacrifice from our protagonist, only to be reverted by some Deus Ex-Machina. While this time, Cruise is saved by the very Groundhog Day juice that gave him his power to relive the same day, it doesn’t sit too well. I like this movie for going against the cliché and actually having a bit of personality. It seems to draw back through right when it can actually complete that in a satisfying way. Character wise, he’s been dying previously because of inexperience and selfishness, this time due to selflessness and sacrifice, it’s a complete character arc. Also, it just defies the logic of the film. He jumps back into the past (inexplicably a little further) and now everyone just accepts the enemy all died for no reason. Argh, it is a very annoying ending. Much better to let them have their sacrifice and then let Earth win, but show the true cost of winning, a real sense of war and loss. This just stinks of setting up for a sequel. 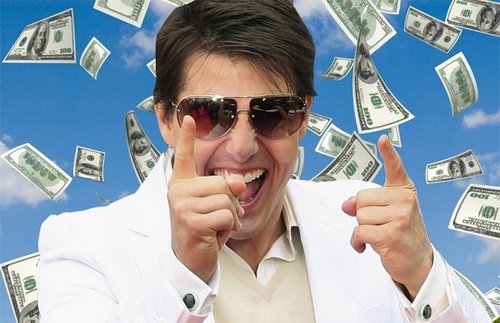 Finally, while I love the effects in this film and the merge of CGI and practical, when watching on a huge screen with 3D I just experience a little eye fatigue. I can get what Doug Liman is going for, the D-Day style landings borrow heavily from Speilberg’s classic landing scene in “Saving Private Ryan”. The chaos that ensues around, shrapnel and limbs flying back and forth, bullets and hellfire rain around them. It drives home the utter pandemonium. But when you’re sat there looking at a 22 metre screen, through 3D lenses it does have a tiring effect on the eyes…then make sure you pack loads of shaking chaotic CGI on screen for 10 minutes solid and you’ve got yourself a migraine. I’d take note from this scenes spiritual father. While there is scale and chaos, the true horror comes from the close ups and focus on character reactions to the madness. This has equal if not stronger effect of imparting the havoc.

Ultimately, a bit of time in the editing suite would likely do this film a world of good.
Hours to Fix in Post